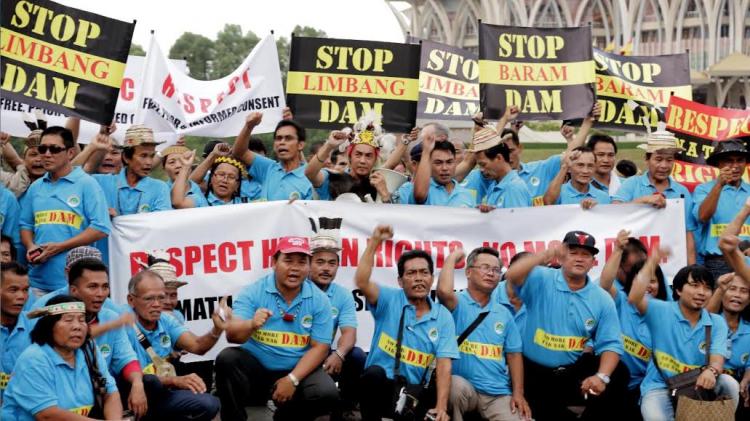 (KUCHING, SARAWAK / MALAYSIA) It is a great victory for the indigenous peoples of Sarawak in Malaysian Borneo: Today, it became public that the State Government under Chief Minister Adenan Satem has officially cancelled the plans for the construction of a controversial mega dam on the Baram river.

In a letter to Harrison Ngau, legal counsel of the affected communities, the Sarawak State Attorney-General’s chambers informed that the expropriation of the native customary rights land for the dam site and the reservoir had been officially revoked. This means the official end to the plans for the construction of the 1500 MW dam whose construction would have flooded 412 km2 of rainforests and displaced up to 20,000 indigenous people.

With the official announcement of the dam’s cancellation, Chief Minister Adenan Satem is distancing himself from his predecessor and aiming at regaining trust from Sarawak’s rural communities weeks ahead of a crucial state election.

The Bruno Manser Fund welcomes this important development and congratulates the people of Baram for their victory, a result of the sustained peaceful resistance by the affected Kenyah, Penan and Kayan communities.

The Bruno Manser Fund expects that the cancellation of the Baram dam plans will trigger a review of all mega dam projects in Sarawak and calls for an alternative energy plan, based on mini-grids with micro-hydro, solar and biomass at the core.