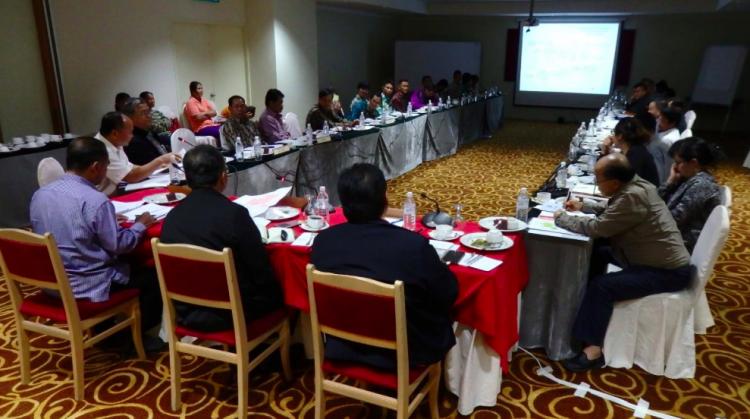 The Penan communities from Upper Baram have sent in an official proposal for a  „Community Managed Protected Area in the Upper Baram“ to the government. In the letter, they invite the representatives to visit the area. The official proposal follows a meeting between the Sarawak Forest Department and Penan representatives in February in Miri where the Forest Department announced its interest in the realization of a park in the Upper Baram area.

The letter with the proposal was sent to the government, namely the Sarawak Forest Department, last week. The Penan explain how the protection of the remaining intact forest lies at the heart of the initiative. James Laloh Kesoh, the Penan leader from the upper Baram, states in the letter: “Our ancestors have lived on our land for centuries. It represents our most important heritage, which we must protect and manage in a sustainable way – not only for us, but also for our future generations. We hope that the government will support our wish and help us in our effort.“

The park is based on three pillars: indigenous rights and self-determination, respect and protection of the environment as well as economic development. The participating communities and the size of the area still need to be determined.

The Penan are very interested in working with other indigenous group who are interested in the project and identify themselves with these three pillars of the park.  The Penan would like to invite the neighbouring communities of the Kenyah and Kelabit to actively take part in the development of the community managed protected area and to deepen and substantiate the ideas.

This is a very important moment for the Penan. The communities welcome the support of the government in the implementation of their vision for a sustainable forest conservation project in the Upper Baram and hope that the park will generate wide support amongst the public and especially amongst other indigenous groups.