The Royal Malaysian Police (PDRM) will open an investigation after receiving a police report made against MACC chief Azam Baki following his admission that his account was used by his brother to buy stakes in several companies.

According to a report by Harian Metro, Home Minister Hamzah Zainudin said it was understood that Azam (above) was currently being investigated under the Securities Commission Malaysia Act 1993.

“We have just received a report and if the offence is committed under the Securities Commission Malaysia Act, they will investigate. 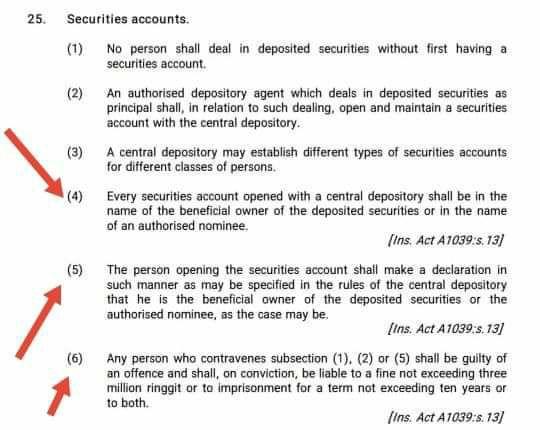 When the excuse admits wrong-doing you have a problem

Azam Baki regards himself as innocent of wrong doing and able to justify his actions in every respect. Following the resignation of the most respected member of his commission’s Advisory Board in protest, that Advisory Board has issued a declaration of support for his position.

He will have his day in court (having sued a detractor) and his opportunity to be grilled about why he even had a share trading account, let alone millions of ringgit worth of shares, compared to his businessman brother who apparently did not and had to borrow his.

However, there comes a time (and for him it is now) when resignation becomes the only honourable thing to do, whether one believes oneself to be right or not. It is about perception and Azam Baki holds one of the most sensitive jobs in the country which deserves to be held by someone who is trusted by all. Instead, he is hanging on for all he’s worth and lowering the reputation of his office and his country by putting his own position first.

Six members of the Advisory Board, which was not entitled to ‘clear’ him in the first place, have now resigned. The police have announced they are investigating. Put simply, for very many people in Malaysia Azam Baki’s excuses for his bulging share account fail some basic smell tests. Worse, in making his threadbare excuse Azam, Najib-like, has thereby implicated himself in another form of wrong-doing which is the misuse of his account.

All the country has now been educated, thanks to the rules having flown around the social media, that the rules of the Stock Exchange forbid the use of one person’s share trading account by someone who is not the registered owner of that account. The top law man in the anti-corruption agency ought surely to have known this rule or kept a proper accountant to manage his affairs. Yet this is Azam’s best excuse: that his brother was illegally using his account, meaning the millions worth of shares being traded under his name were not his own.

Hmmmm. It is the same sort of excuse that Najib gave when he claimed the stolen 1MDB money in his account was in fact a kind ‘donation’ by a foreign power to help him win and election. The court of public opinion registered their view of that excuse and likewise this one. Reacting in the same way that Najib also did, Azam has gone on the warpath against detractors, wielding the powers entrusted by his office to try to save himself. He has secured a bogus exoneration and used it to sue an activist who pointed out his shortcomings.

And, like the corruption ridden BN regime, now sadly back in office, Azam is working against a background of dubious reputational issues which the entire country has been watching with growing dismay over several months involving thefts and misdemeanours by MACC staff from his close ranks and under his watch.

Azam should understand that the institution of resignation is a good one. It offers a form of dignity that an eventual punishment does not and immediately brings public sympathy through the recognition that one has put the country and its institutions before oneself. Whatever mess he has got into, innocently or not, he will thereby distance his organisation and its work from that odour and all would thank him.

His present attitude only underlines his perceived unsuitability for the position that he holds whether eventually found innocent or not.